All items on the website are ready to be shipped out. We use USPS so you should expect your package between 3-7 days. The black Walnut tree can grow to be one hundred thirty feet high and grows where there is a high water table. It makes a great shade tree but kills plants around it because it produces a natural herbicide called juglone.

Earlier settlers used to tap the tree for its sweet sap and used the nuts in soups and desserts. The shell of the walnut is difficult to open and produces a dye that is sure to stain your hands.

Over one hundred years ago, a special woman planted a black walnut tree on a family homestead in Tennessee. The tree weathered many a storm, kept folks cool in the heat and was admired by generations. It probably even heard a few secrets.

One night, a storm was brewing and came closer to the homestead. When the storm reached, lightning danced around the tree. Heavy rain came down, the sky got darker, and lightning struck, causing the tree to come crashing down. The day following the storm was a sad day for the family, as they had to remove the tree.

The great granddaughter of the special woman that planted that tree wanted to keep the memory of it from her childhood alive, so she asked her father, who lived on the property at the time, if she could have some of the wood from it. She didn't know what she would do with it but she knew that she wanted to preserve the wood, as it held so many fond memories.

She remembered, in the fall, before the first frost, going out and picking the nuts that had fallen off the mighty tree. This task was usually up to the children.

Picking them up before the first frost was important because if you didn't pick them then, the frost would cause them to rot on the ground. Since black walnuts are so hard to open, the task was given to the older children. They would use a hammer on a block of firewood to get the nut out. After the nuts were harvested, they were stored for Christmas baking.

The piece of wood that the great granddaughter asked her father for got shuffled around in her garage before finally getting stored in a safe spot, up high, where no one would trip over it and that's where it sat for over twenty years.

In the spring of 2020, we were contacted by the woman that owned this piece of wood. She was ready to create something with it. Paul had used sentimental pieces of wood before so he was happy to make her something she could treasure. After much conversation, it was decided that it would be used to make several pens.

Shipping such a big piece of wood to North Carolina would be difficult, so her husband cut it into manageable pieces and sent it to us. When the package arrived and we opened it, you could feel the love that radiated from it. It's strange to explain, as it's just a piece of wood but you could feel it. Paul only needs a piece of wood approximately five and a half inches long and an inch square to make a pen. He had to make sure he was precise in his measurements for this project, since he had limited wood to work with.

Each pen Paul makes has to be drilled for a brass tube to be inserted that makes the pen work. After the tube has been placed, it's time to turn. The lathe spins at 3600 RPMs and with his chisel in place, he is ready to begin. Paul frequently uses his grandfather's tools that were passed down to him, so you can say he feels the love when he is turning, as we did when we first saw that piece of black walnut wood.

After turning, Paul applies six coats of a shellac wax finish. This is a process that he should not be interrupted during, as he has a specific way he applies it and counts how many passes he makes when applying. Applying the shellac wax is done so that when you hold the pen, the oils from your hand don't deteriorate the wood.

After all the turning and applying of the wax, Paul inspects the pen to make sure there are no flaws. Then the pen is put together.

For this special project, Paul was able to make two pen and pencil sets, as well as two more pens. We truly hope the family enjoys these specially made pens and the memories that will continue.

Where does your pen come from?

Nice story. Thanks for sharing. Mjl

I can remember going to my grandparents farm and picking up the Black walnuts, then going home and with a hammer breaking them open. That was the only nuts we ever had. Mom used then in her baking. So long ago, but great memories. 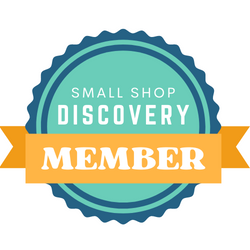